The ladies travelled to Ashford on Sunday for our first game of the season with men’s first team back row Jamie Stephens as stand in coach for the afternoon.

This fixture makes for a juicy encounter each year with both teams eager to come out on top in the local derby. The game started well with Ashford barely able to get out of their own half but the odd handling error coupled with refereeing decision against Canterbury meant the ladies couldn’t manage to convert the pressure to points. Around 10 minutes in a loose pass lead to an interception and breakaway try from Ashford’s pacey full back. Ashford added the extras from boot to complete their scoring for the afternoon.

What followed next was a flurry of points from the ladies! Winger Charlotte Daniel opened the scoring after finishing off a quick line of passing which went through the hands of every member of the back line. The fiery 3 pronged attack of fly half Lizzy Nicholl, inside centre Kate Lawrence and outside centre Layla Little was too much for the Ashford backs to handle with the trio scoring a further 5 tries between them including a hat trick from Lizzy.

The forward pods worked like a well oiled machine despite many of them playing their first game together. The try that received the greatest reaction from both crowd and players alike was a debut try from flanker Inger Philpott who seemed highly shocked to find herself over the white line!

The final try came from Biba Chuta playing her last game in a Canterbury shirt for the immediate future, after a well worked phase of play involving both forwards and backs was touched down in the corner. A great start for the ladies and a big thanks to everyone who made the trip to support us. 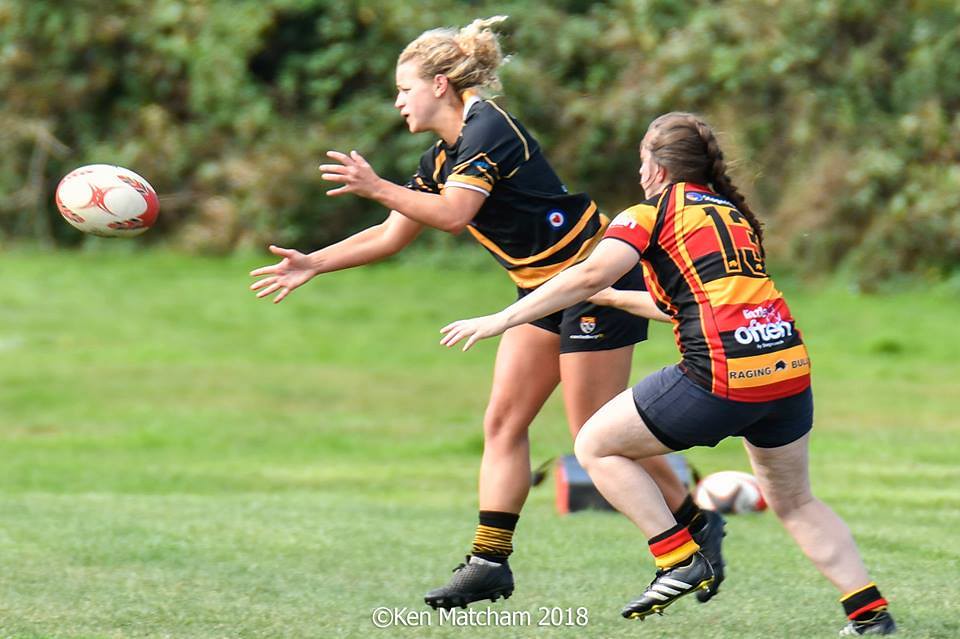