A point won, but another defeat as Canterbury’s second half revival just failed to make up lost ground.
It was an encouraging effort, spearheaded by a combative pack of forwards, after Moseley established an eighteen point half time lead, but the earlier damage denied them a first league victory of the season.
Much of it was self inflicted in an error strewn first half when handling mistakes and indiscipline saw the city side in give away mood. Against a Moseley side which was no more than workmanlike they conceded three tries and were punished by the boot of Ben Palmer who added a couple of penalty goals to his two conversions.
The fly half gave his side the lead before the heavy penalty count set up position for tries by James Tideswell and Aaron Crofts in the 21st and 33rd minutes. With Palmer’s goals and Canterbury squandering possession life was made easy for Moseley and when a lofted ball was spilled into the hands of wing Aquile Smith his runaway try saw the hosts cantering away with the game. Then, in the final minute of the half, Canterbury opened a crack in the Moseley door as Sam Sterling won the chase for a clever slide kick and Harvey Young converted.
A recent history of second half melt downs did not inspire confidence in the city’s side’s prospects and life became harder when both Will Scholes and Jamie Dever found themselves in the sin bin. But they dug in, survived those temporary set backs and in the last quarter the hard work of the Canterbury pack paid off. By that time the match had become messy with frequent stoppages but it was Moseley who now were under pressure and after Osman Dimen was yellow carded close quarter driving saw Same Kenny plunge over and Young converted. The city side gave themselves a real chance of victory in the 74th minutes when Ricky Mackintosh collected a clearance kick, smashed his way through the defence and Tyler Oliver was in support to claim the try. Young landed his third conversion and when Moseley collected another yellow card the game was up for grabs. However, with no thrust in the wider areas, Canterbury had to settle for a losing bonus point which at least keeps them off the foot of the National Division One table.
Canterbury: H.Young, R.Mackintosh, S.Sterling (repl D.Corcoran), A.Meads, C.Grimes, M.Craven, D.Smart, J.Dever (repl A.Cooper), T.King, S.Kenny (repl C.Connolly), R.Cadman (repl T.Oliver), M.Corker, W.Scholes, S.Stapleton, J.Stephens. 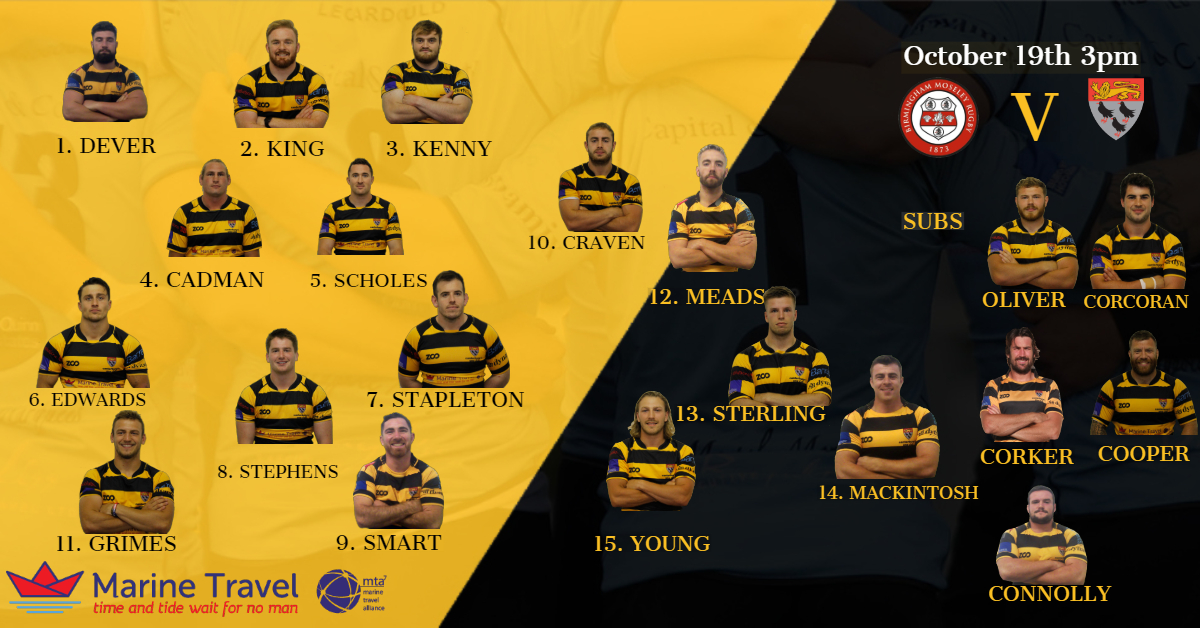