While two of their National 2 South promotion play-off rivals were beaten by the wintry weather, Canterbury banked another bonus point win in a second half demolition of Redruth. It opened a six point gap over Taunton and Tonbridge Juddians while Taunton must now face the third contender, Henley, at the end of the month after Saturday’s meeting was postponed.
The city men put a laboured first half behind them and after the break became a team transformed as they ran in another six tries. Gone was the inaccuracy and slow delivery that undermined their earlier efforts and restricted the lead to a slim three points at half time. Harvey Young’s penalty goal and a Sam Rogers try, after a great counter attacking run from Sam Sterling, was all they had to show for their domination. Redruth absorbed the pressure and responded with a good chip and chase try from fly half Aaron Simmonds, converted by Ashley Hosking,
If the crowd who braved a cold afternoon were disappointed they soon had plenty to warm them up. Skipper Sean Stapleton made the most of a Redruth error four minutes after the resumption, winning a kick and chase from close to half way, but it was a yellow card for the visitors Todd Prisk that crushed their resistance.
Canterbury exploited his ten minute absence ruthlessly with tries by Aiden Moss, Dan Smart and a second for flanker Sam Rogers who is making up for a 14-month injury lay-off with another influential performance. For the Moss try patient work by a pack now in the ascendancy and good hands created the overlap, while Tom Best made the decisive running for Smart’s touchdown, converted by Young. Redruth were opened up again clinically for Rogers to cross the line,.
Prisk’s return did nothing to stem the tide. At close quarters there was no holding prop Sam Kenny as he powered over under the posts and Ollie Best’s second conversion pushed the lead to 34 points. Redruth were left hunting for scraps and a tidy finish by wing Dean Bonds, converted by Simmonds, ensured they did not have a blank second half. Canterbury however, were not satisfied and ended a scintillating 40 minutes with a flourish with a seventh try from Sterling.
Canterbury: A.Moss, C.Grimes, S.Sterling, T.Best, J.Murray, H.Young (repl O.Best), D.Smart (repl K.Braithwaite), A.Cooper (repl E.White), T.King, S.Kenny (repl T.Murray), R.Cadman, M.Corker, S.Rogers (repl T.Oliver), S.Stapleton (repl S.Rogers), T.Oliver (repl J.Stephens). 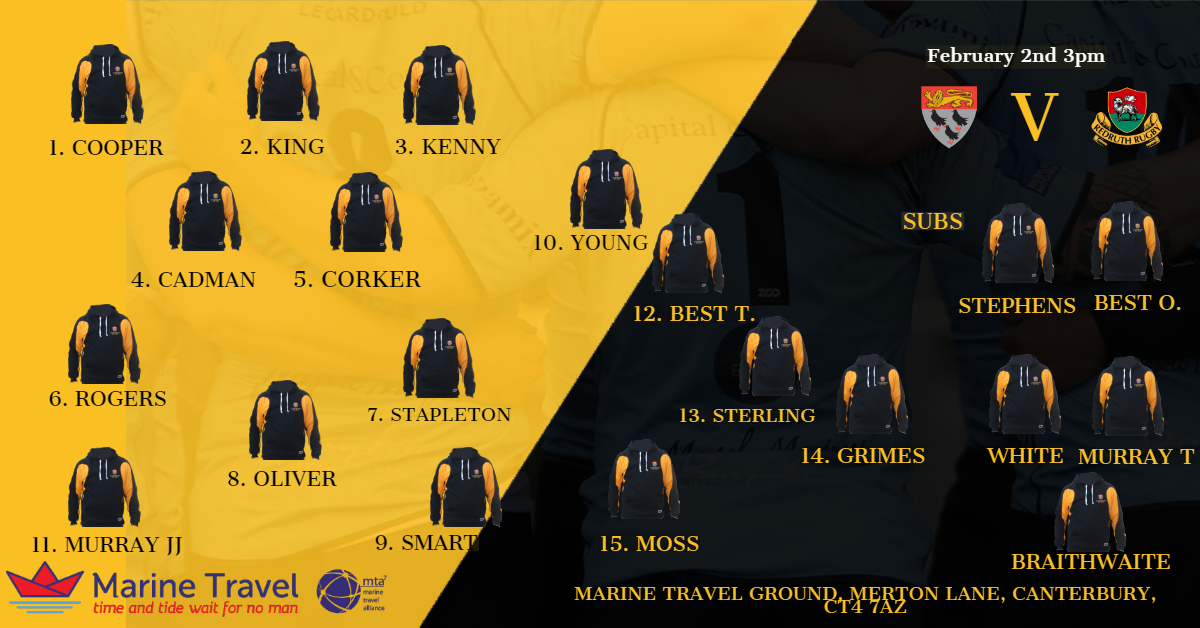