Canterbury are still looking for that first National One league victory and for 40 minutes had real prospects of this being the day. Those hopes were submerged by a Sale side who grabbed the initiative with two tries in the first ten minutes of the second half and ended up convincing winners.
It became a hugely disappointing display from a city side who held the visitors to a single score then turned round with the advantage of the breeze and the Merton Lane slope. Unfortunately the only thing that went downhill was Canterbury’s performance.
Although they conceded a fifteenth minute catch and drive try to Sale flanker Teddy Leatherbarrow they dominated the first half but, as in previous games, lacked the ability to turn good positions into points.
Then came another lesson they have failed to absorb. Mistakes are quickly punished and Sale hammered home the message three minutes into the second half. Canterbury spilled the ball, the visitors moved it wide and Fergus Mulchrone made the space for Paddy Ah’van to score.
Sale then moved fifteen points clear through a lovely piece of individual skill. There seemed no danger as Tom Best’s clearance kick was fielded on the half way line but Jonty Rawlings stepped to his left, fooled the defence and opened the path for a Jeremy Toa try.
The momentum was now all with the northern side and they pressed it home with a fourth, bonus point score, this time when Canterbury were penalised for a high tackle. Hooker Oli Longmore made no mistake from a powerful catch and drive.
The city men, poorly served by a pedestrian back division, finally breached the watertight Sale defence with a patient series of forward pick and drives and a Charlie Connolly try, converted by Best. Hopes of a late recovery, however, never looked like materialising and Sale emphasised their dominance when scrumhalf Raffie Quirke found the blind side of a scrum unguarded and left Chris Johnson the easiest of his conversion kicks.
CanterburyA.Moss (repl K.Braithwaite), C. Grimes, S.Sterling, T.Best, D.Corcoran (repl R.Mackintosh), M.Craven, D.Smart, J.Dever (repl A.Cooper), J.Otto, S.Kenny (repl C.Connolly), R.Cadman, M.Corker, G.Micans, S.Rogers (repl F.Morgan), S.Roche 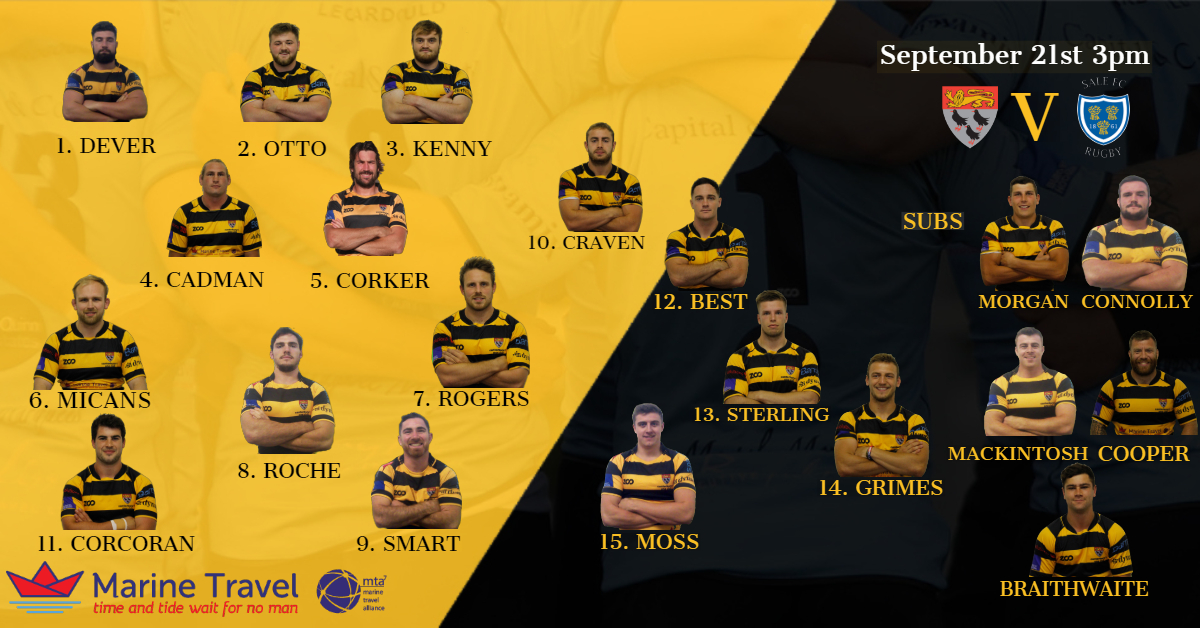