Pre-season optimism is the default position at every club but for  Canterbury all that evaporated as they were swept aside on the opening day of the National 2 South campaign. A ruthless Rams side posted seven tries, claimed a bonus point by half time and won the forward battle by some distance. The city club, after a promising start, looked seriously under powered  in the scrum department and were often second best at the breakdown.  They did manage two second half tries, both scored by scrum half Dan Smart, but Rams monopoly of possession and a well organised defence kept them in charge.

An under pressure Canterbury also collected two yellow cards, one in each half, which led to the inevitable catch and drive tries, but it says much for their spirit that they never stopped battling. Ollie Best’s penalty goal and a willingness to get the ball wide made for a lively start but they were guilty of handling errors and failed to look after their possession well enough. The Rams pack gradually went to work, and a lovely weighted kick from fly half Alex Seers landed in the hands of wing Jak Rossiter for the their opening try.

By half time they had added three more, all of them catch and drive affairs as their forwards turned the screw. Hooker Ben Henderson and flanker Tom Vooght made the touchdowns from catch and drive positions and they went further ahead six minutes after the break. Clever footwork by centre Steve Bryant confounded two tackles, but the city side at last found an answer. Dan Smart’s quickly taken tap penalty brought a try, but it was a temporary reprieve.  Rossiter trotted in for his second try but the Canterbury backs then showed what might have been. Fly Half Harvey Young sent Ricky Mackintosh though a gap and wing’s powerful run ended with Smart crossing again. Ollie Best converted but they could not muster anything more.  Connor Stapley completed the set for Rams and Seers added a penalty goal to his three conversions.  For Canterbury it is now a time for sober reflection and to respond to coach Andy Pratt’s plea to ‘Move on’. They will need to do so quickly if this is not to be a long season. 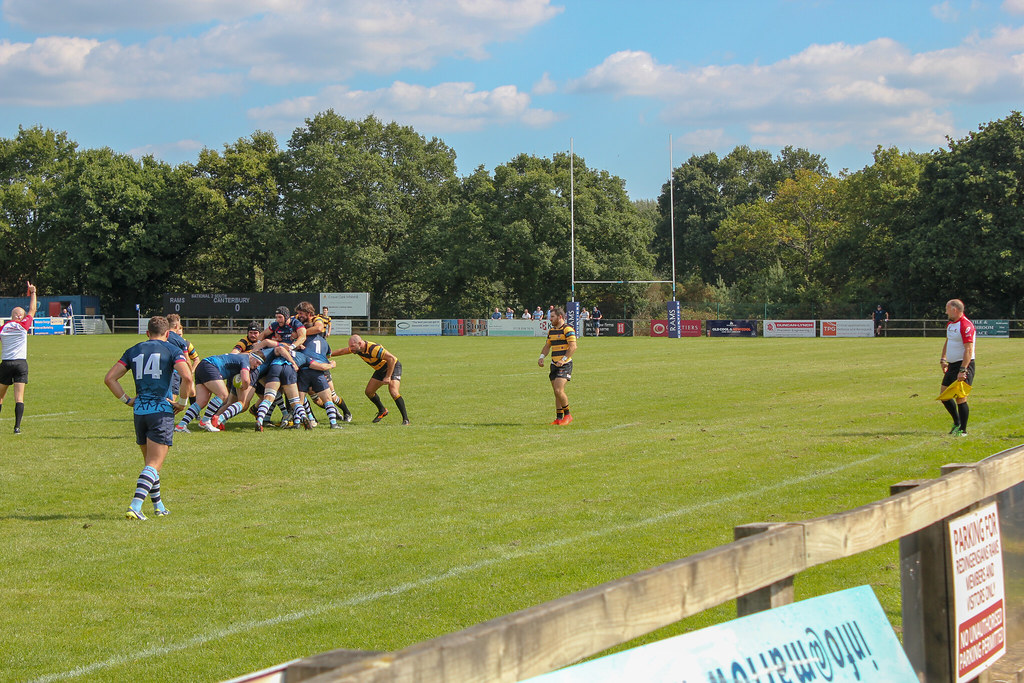