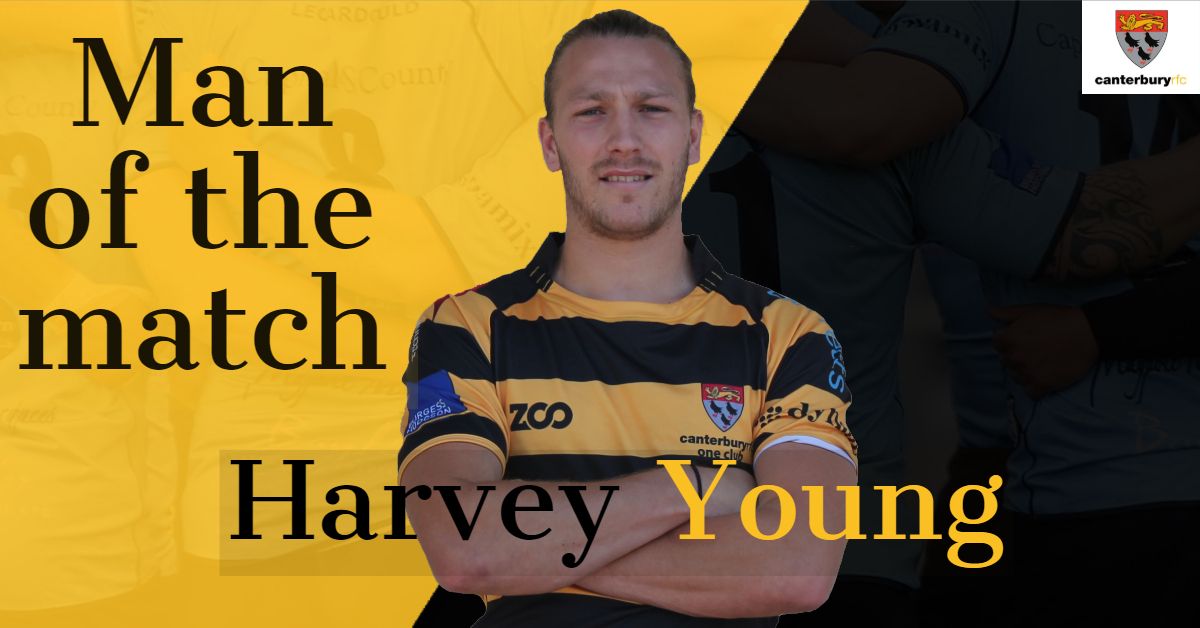 Canterbury slipped to their third defeat of the season as they let a strong position slip away in the second half. It was huge disappointment for the city side who produced an outstanding first 40 minutes, playing into the teeth of the wind, to establish a 10 point lead.
But they conceded possession far too easily after the break and allowed a refreshed Redruth to dominate the rest of the game.
In that opening session Canterbury’s tactical skills and execution were almost as good as it gets and produced tries for Tom Best and Aiden Moss. But rare errors came back to bite them as they missed two further scoring opportunities which could have proved decisive.
The charge was led by a controlled and organised pack of forwards where both Tristan King and Louis Whetton, playing out of position because of injury absences, formed an effective back row with Jamie Stephens. The front five did a splendid job, too, putting Redruth under pressure in the scrums and it was no surprise when the city men took an early lead. .
Ricky Mackintosh did well to keep the ball alive as the backs attacked the infamous Hellfire Corner and Best finished off.
A break by scrum half Kyan Braithwaite put Canterbury on the front foot for the second try after 32 minutes as the backs worked space for Moss. Both scores were wide out and the wind made goal kicking difficult for Harvey Young, whose day unfortunately ended n hospital with a severe facial injury, and he was unable to convert either touchdown.
More of the same control was needed in the second half but here Canterbury came up short. They conceded possession from the restart and spent long spells in energy sapping defence. They refused to crack, however, and Redruth needed a slice of luck to break them down. They got it when a kick rebounded off a city player into the arms of centre James Simmons and he just made the line the after a cross field dash. Full back Aaron Simmonds converted and Canterbury were dealt another losing hand when Moss was yellow carded. Redruth’s forwards immediately upped the pressure and Jack Hodge was driven over for a decisive score, again converted by Simmonds.
A second sin binning, this time harshly for Whetton, further damaged Canterbury’s prospects but they did mount a late challenge. Redruth had to work hard to frustrate them as they left the city side with a losing bonus point as the runners-up prize.
Canterbury: A,Moss, R.Mackintosh, T.Best, S.Sterling, C.Grimes, H.Young, (repl J.Murray), K.Braithwaite (repl D.Smart), A.Cooper(repl J. Green), J.Otto (repl F.Edwards), S.Kenny (repl A.Wake-Smith), R.Cadman, M.Corker, L.Whetton, T.King, J.Stephens