Blast from the past – A day to remember

May 4 2019 was one of those days that I remember pretty much every moment up until the final whistle, then there were cheers, hugs, high fives and the inevitable rush to the bar……..from that point on, all else is a blissful patchwork of memory fragments. Suffice it to say, it was the best of days and apparently the best of nights……..Canterbury RFC had won the playoff and were going up to National 1, the 3rd tier of English Rugby Union. Take a bow Andy Pratt and coaching team. You and the lads did us proud. Thankfully we can rely on David Haigh’s fantastic match report to relive the key moments of the match. Are you ready to go again?

This play-off victory opened a fresh and glorious chapter in Canterbury’s history as they completed the journey to National Division One.

Urged on by the biggest crowd ever seen at the Marine Travel Ground the city side’s defensive strength and self belief was unwavering and allowed them to take charge of the game in the second half. They fought for every inch of turf and made every tackle to control a physical Chester pack and snatch a crucial lead just before half time. That job done Canterbury turned their attention to the wider channels and built the pressure that brought them two more tries.

After going behind to an eighteenth minute try from Mike Craven, created by the powerful driving work of the Chester forwards around the fringes, the city side gave them no more leeway and as the second quarter came to a close started to make inroads. One scoring effort was held up over the line, but finally they got their reward. A catch and drive and a series of pick and goes opened a gap for scrum half Dan Smart and Harvey Young’s conversion sent them into the break with a slender two-point advantage.

Now came the second half and Canterbury’s fitness and game management was a reflection of their successful season. They moved Chester around in the wider areas, sucked the energy from their legs and in the 58th minute got the score they needed. The visitors, although handicapped by a yellow card for prop Rhodri Parry, had scrambled well in defence and were slowly moving on to the front foot when they were broken. Wing JJ Murray intercepted a laboured pass in mid-field and set off on a 60 metre run to the posts. Young converted and the city side scented a historic victory. They brought it even closer in the 62nd minute by stretching Chester on the right flank and Aiden Moss, recently arrived from the replacements bench, provided the pass for flanker Sam Rogers try. Although the conversion attempt failed the visitors had to find three scores to take the game and they never gave up the fight. The city defence, however, was rock solid against a one dimensional attack and it was not until the last play of the match that the Cheshire side found a way to put full back Sean Green over for their second try. By that time the Canterbury party had started as they crowned a magnificent season with their 25th and most significant victory.

View photos from the the day: 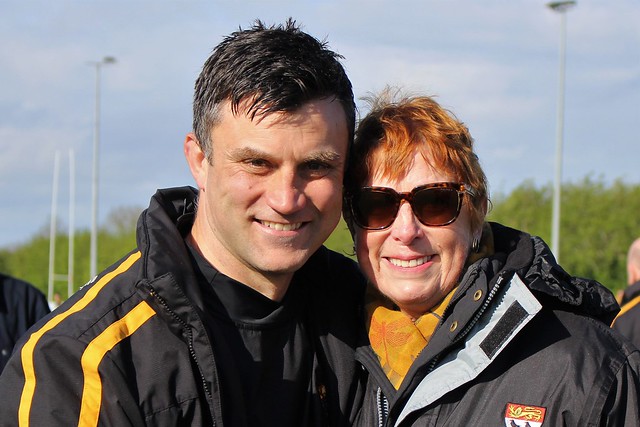