Match Report – All Square at Barnes

It may have ended all square but Canterbury had to find a shovel and dig themselves out of a hole before they claimed two mildly disappointing National 2 South league points. Trailing by eleven after a flat first half, to which Barnes brought energy and pace, they gradually felt their way back into the contest. The pack did the work with two close range scores which took them into a narrow lead and a glimpse of victory. A Barnes penalty goal ten minutes from the end of an error strewn affair made sure that did not happen. The city side had the opportunity to make their mark early in the game but were forced to settle for a couple of Frank Reynolds penalty goals. Josh Hammett kicked one for Barnes and after those early wobbles they took control. With scrum half Josh Davies calling the shots their enterprise and pace on to the ball was rewarded with tries from flanker Alex Farquhar and wing Frank Nickson, both converted by Hammett, and it left the city side with a salvage job on their hands. The transformation after the break was not spectacular but there was a fresh determination and more possession which shaped Canterbury’s game. The pressure built on Barnes and a driving maul, finished off by hooker Tristan King, broke their resistance. Reynolds converted and as the strain once again told on the home defence they collected a yellow card and conceded a second try. Jamie Stephens drove over, Reynolds was on target and the lead was three points. The final stages, like much of the match, were messy with yellow cards on both sides, Canterbury failing to punish Barnes errors and giving away a penalty for obstruction which allowed Hammett to level the scores. To a neutral spectator that might have seemed about right. 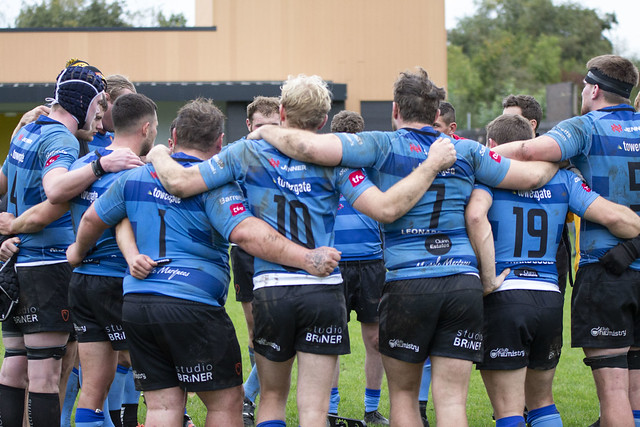