Having worked themselves into a decent position, with a solid first half shift, Canterbury let this first game of the new year drift away. A failure to back up all their good work against the rain and wind was dispiriting and reinforced the feeling that they are not an effective wet weather side. The visitors, whose 7-3 interval lead had looked fragile, took control of the second half and on a day when points were always difficult to come by found the score that mattered. It was in similar conditions earlier this season that the city club failed to register a point against Dings Crusaders. This time they managed a solitary penalty goal from Tom Best, despite dominating territory for much of the first half, winning the breakdown battle and forcing Albanians into conceding a string of penalties. Canterbury lost their slim lead after 28 minutes when a wind-driven Albanians kick led to a goal-line dropout. Centre Alex Brown collected it and his powerful run into the heart of the defence created the pressure for a try from Number Eight Chris West, converted by Greg Lound. Late in the half the city side resisted more heavy pressure and must have headed for the break the happier of the two teams. Any optimism, however, was misplaced as Albanians, prompted by scrum half Elliot McPhun, read the situation perfectly, controlled possession, kicked shrewdly and took their opportunity when it arose. McPhun’s quick tapped penalty had Canterbury backpedalling and wing Alex Noot was released for a sprint finish. It left Canterbury with 25 minutes to take a grip but they were rarely allowed to build momentum. In the whole of the half they created no more than two scoring positions and missed out on both of them. Left to chase the game they became increasingly ragged and out of tune with the no-frills rugby the conditions demanded. 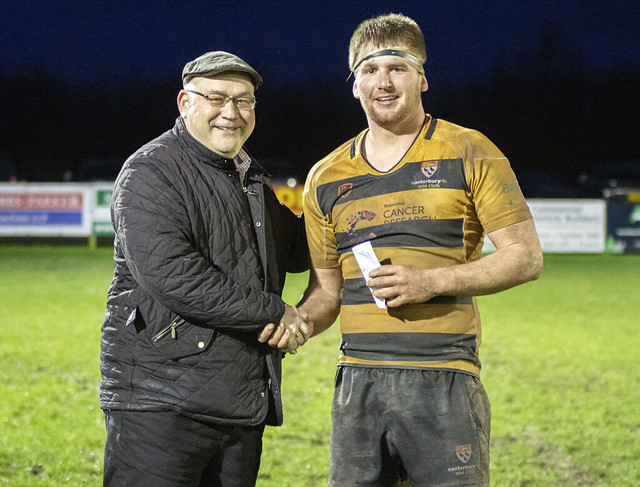