After a bleak start to the New Year this was a resounding statement from a Canterbury side that produced seven tries and a dominant second-half performance. Covid restrictions robbed them of some familiar names but the city side brushed aside any doubts with their positive approach and attacking verve. Kyan Braithwaite and Chris Dudman traded early penalty goals before the city backs gave a taster of things to come. First, they worked a try for Aiden Moss before Rochford, relying on their forward strengths, replied through Harry Hudson’s close range, converted score. Dwayne Corcoran nudged Canterbury back into the lead with an outstanding individual effort from deep in his own half, but yellow cards for Tyler Oliver and Royce Cadman in quick succession gave Rochford a chance they did not miss as Number Eight Maciu Nagobi drove over and Dudman converted.

Down to thirteen players, Canterbury might have opted for survival but their mindset was different and Sam Sterling hit a line breaking angle for a try under the posts, leaving Braithwaite to kick the second of his four conversions. With only five points in it at the break, however, memories of a close game at Rochford earlier in the season were in order but this was a different city side. It took them almost twenty minutes of pressure in the second half to unlock the visitors but when they did there was no holding them. With Tom Best releasing his backs at every opportunity Rochdford wilted. The fly half’s cross kick gave Corcoran a second try and with Rochford’s Sam Fombo in the sin bin the gates opened. Moss, cruising into space; Tyler Oliver from a driving maul which rewarded a depleted pack’s great afternoon’s work and, finally, Best completing a break on the right flank rounded off a convincing and motivated display. 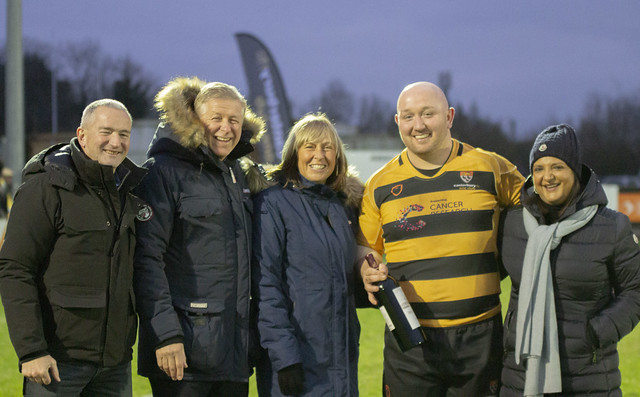