Canterbury might well have fancied their chances of pulling off a surprise victory on a ground where they have seldom tasted success after trailing by only seven points at the interval. That didn’t look likely in the early stages when, after only three minutes, Clifton’s influential Number Eight, Brad Talbot, drove over from close range and a Luke Cozens conversion gave then the ideal start. But Canterbury quickly regathered themselves, built phases, and responded with a smartly taken try from Frank Reynolds after good work from half back partner Ben Cooper. At this stage, it was Clifton who were clearly happier to play the wide channels despite the biting northerly wind, and with fly half Cozens expertly pulling the strings they always looked dangerous. They struck again after a promising run from Canterbury centre Frank Morgan and the ball was stolen. Full back Alex Forrester gathered to run from deep in his own half and put winger Finlay Sharp over. Worse was to follow as Canterbury threatened again.  Another good line break from Morgan looked to have created a try scoring opportunity but when the move broke down it was Forrester who again broke upfield. After some excellent interplay winger Bentley Halpin crossed and Cozens converted. With Clifton still playing the conditions better it was to Canterbury’s credit that they stuck to their task. With half time fast approaching they got their reward. A textbook line out catch and drive saw winger Dwayne Corcoran run a lovely line and Kyan Braithwaite added the extras. Despite the best efforts of both sides the second period was to become a catalogue of missed chances and handling errors, not aided by the deteriorating conditions. The city side were forced to defend for long periods as Clifton’s forward pressure grew but all they conceded was a penalty goal which left them ten points behind. With only ten minutes to go, they were still to have their moments – a powerful break from skipper Jamie Stephens put flanker Alex Evans into space but the overlap was missed and the opportunity lost. Evans was to make amends two minutes later when driving over to score from close range. Braithwaite again converted and Canterbury went in search of the score they needed.  It proved to be one task too many. 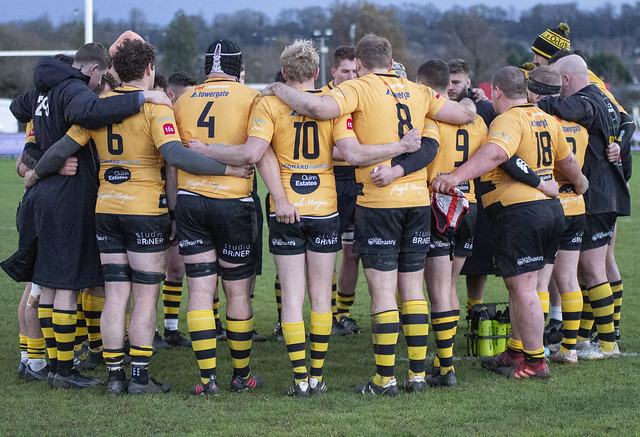