From riches to rags then almost back again.

That was the Canterbury story on a day of swinging fortunes which saw the visitors take home a bonus point victory and keep their title hopes just about bubbling.

The scoreline ended the way it did because the city side, after a confident start which earned them a twelve point lead, suddenly switched off.

In a twenty minute spell, either side of half time, their defence fell apart and they conceded 31 unanswered points.

By the time the lights came on again the game had run away from them although a late rally brought a losing bonus point.

What started so well with tries from Royce Cadman, peeling off a driving maul, and Frank Reynolds who chased down a clever sliding kick, began to go down hill in the 33rd minute.

Canterbury, who had defended well up that point, were forced into a goaline drop out but stood transfixed as Clifton full back Alex Howman speared past weak tackles.

He was stopped short of the line but lock Henry Harper finished the job.

By half time it was all square, through a Howman try created by centre Marcus Nel’s clean break and a conversion by Zak Ward.

From the first minute of the second half Canterbury were in deep trouble as they handed Clifton easy territory, fell off tackles and were hit with another rapid three tries.

Nel got one almost from the kick -off, fly half Luke Cozens accurate kicking set up position for a catch drive score for Geroge Taylor and Harper got his second in the 54th minute.

Cozens added two conversions and the damage looked irreparable.  Amid the wreckage, however, Canterbury finally located the switch again and produced the rugby they should have played for the whole 80 minutes.

Delightful interplay by the backs sent Will Waddington under the posts, Kyan Braithwate landed his second conversion and three minutes later came a sliver of light when Will Hilton’s pass put Frank Morgan across for the bonus point try.

But to recover from that painful mid-game period was beyond them and Clifton topped things off with a late
converted try from Fin Sharp. 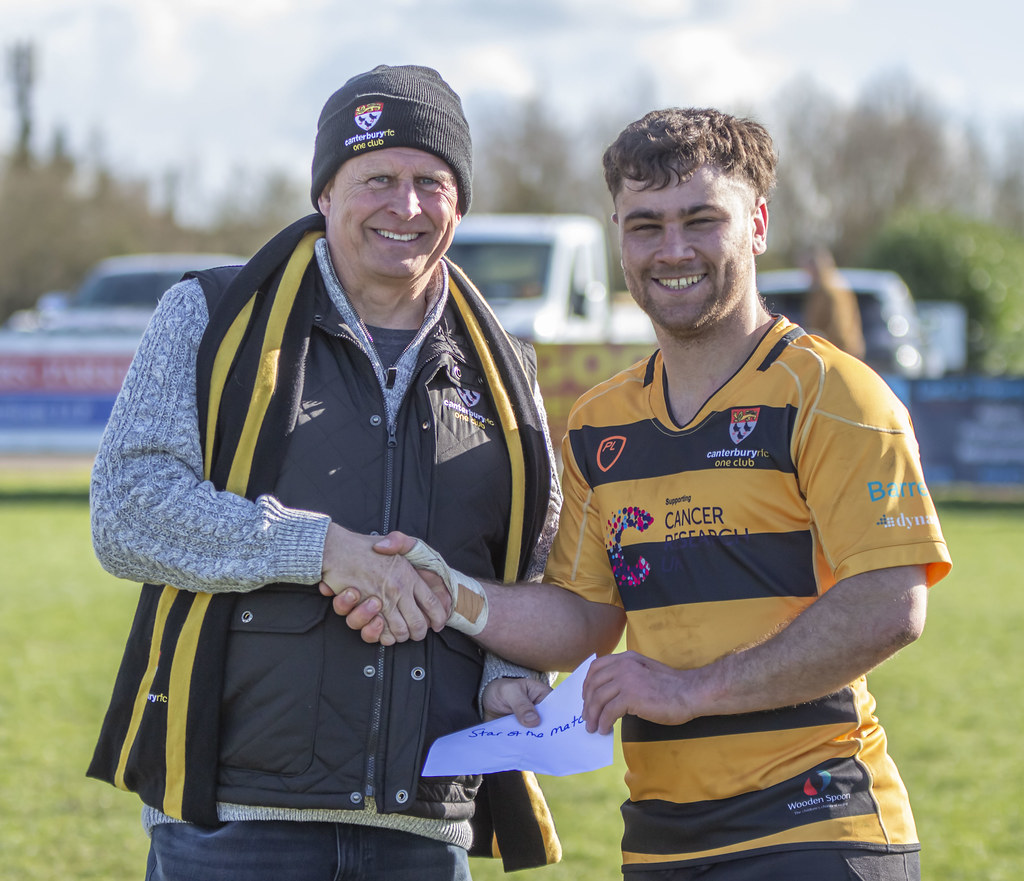