On a day of extremes, Canterbury looked ill equipped to deal with the gales and rain that swept across the Marine Travel Ground. Conditions were made for hard-nosed West country packs and Crusaders did not disappoint.  Their forwards bossed this game and made sure that when it came their turn to face the elements a twelve point lead was more than enough.  The city side might have hoped that restricting the visitors to two first half tries would give them a decent chance of victory, but they were contained so efficiently that any optimism vanished long before the end. As the Crusaders defence stifled them Canterbury’s frustrations were reflected by a slew of technical penalty offences and scrambled decision making.   In the early minutes of the match there was a glimpse of what might have been under different conditions. The city backs ran from deep to create a great chance that was lost when the final pass missed the support runner.  It was the first and last glimpse of daylight as Crusaders exploited the wind to establish territory and took the lead with a driving maul try from flanker Tom Anderson.   Canterbury did well to resist the pressure they were under but conceded a second try to centre Tom Price from a charged down clearance kick. Ben Bolster added the conversion but at the break the city side could look back on a strong defensive effort. Turning that that to their advantage, however, proved too much.  Driving mauls and wet wet weather are natural bedfellows and Dings used them effectively before Josh Lloyd added a third score to strengthen their grip.  Streetwise and committed to holding on to possession they lured Canterbury into so many errors and misjudgements they cruised home in some comfort.  With a long winter ahead there may be more cloud burst days like this and on this showing the city club, who have now lost four of their five games, will not be looking forward to them. 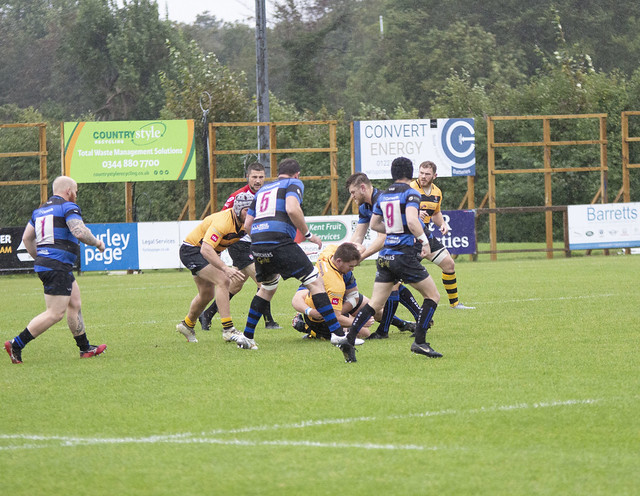