Canterbury’s inconsistent season goes on as they shipped six tries and in the end, were well beaten. The good things about this performance were almost entirely limited to their work in defence but a high tackle count took its toll as they ran out of steam in the second half. In the face of a swirling wind they did a decent holding job before the interval and were a touch unlucky to be ten points adrift at half time. Dings had to work hard before taking a 22nd minute lead with a try from wing Tom Hargen but Canterbury hit back swiftly as Danny Herriott completed a driving maul. The city side continued to resist until a rare missed tackle set up Hugo Harbinson for Dings second try and in the final play of the half they got a third. There was more than a suspicion of a forward pass before wing Tommy Foot slipped through the defence but on the surface Canterbury had plenty of reasons to be pleased with the memory of the previous week’s second half exploits fresh in everyone’s thoughts. It was Dings, however, who produced the best rugby in their determination to end a five match losing streak. They were aggressive and incisive and scrum half Tom Knight underlined their threat with a try from a quick tap penalty converted by Rob Kirby. Canterbury did make some headway midway through the half and after Crusaders Number Eight Jake Holcombe was yellow-carded another driving maul ended in a Tristan King try. But the wind dropped, so did the city side’s energy and Dings made the final quarter their own. With the city scrum under pressure, they put themselves out of sight with an excellent try from centre Matt Smith and, in the last act of the match the sixth was scored by prop Ashley Challenger. Canterbury’s challenge will be to quickly rediscover its confidence. 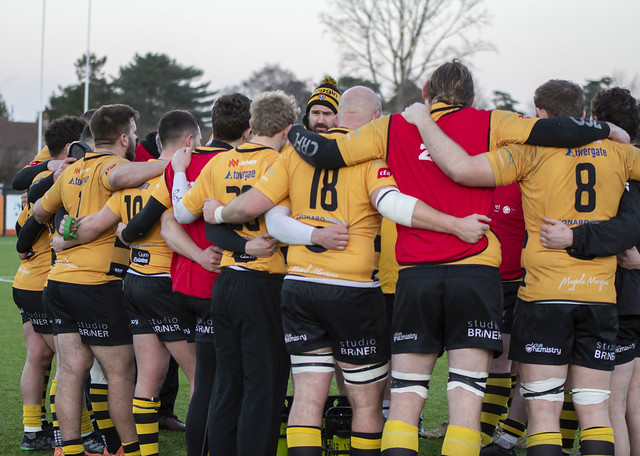