Canterbury’s season may have ended as it began with a narrow loss to Bury, this time to Charlie Reed’s last minute penalty goal, but this was still a game to savour. The biggest crowd of the season were treated to a feast of ten tries, some of them spectacular, in a cracking contest that had none of that end of term feel about it. Victory was important for Bury as it gave them a top six finish in National 2 South and after building a fourteen point lead in the second half their job seemed almost done. But Canterbury, who had lost their earlier intensity, rediscovered it to dominate the final fifteen minutes and draw level with two exhilarating tries. To then concede that late penalty was a frustrating own goal leaving them with two league points instead of three from the draw their efforts probably deserved. The game was alive from the off with Canterbury taking an early lead through a catch and drive try from Billy Young and Bury hitting back quickly when Ruraidh Williams’ break made a try for Matt Bursey. From then on it was nip and tuck until half time. Lovely foot work from Reed set up the first of Bury wing Ross Taylor’s three touchdowns, Alex Evans rewarded more close range work by the city pack and hooker Fin McCartney claimed Bury’s third try to edge his side ahead again. Canterbury clawed it back in the closing minute of the half, Young again finishing an organised driving maul. Reed’s two conversions against one by Will Hilton saw Bury two points in front at the break and everything nicely poised. However, one of Canterbury’s regular failings has been a drop in concentration in the third quarter and here it surfaced again. Bury’s fast moving wide game exposed them and Taylor completed his hat trick in the space three minutes, the first following a fine break by scrum half Chris Bolton and then capitalising on work by fellow wing Ciarian Leeson. Reed converted both tries and Canterbury had all the work to do. Inspiration for the fight back came from replacement scrum half Tom Williams who spotted space on the blind side and outpaced the Bury defence in a searing 70 metre run. Hilton converted and was left a much easier kick when clever footwork by fly half Frank Reynolds took him over between the posts to bring everything level and ten minutes remaining on the clock. Canterbury seemed to have the momentum but paid the penalty for hanging on to the ball at a ruck and Reed cooly slotted the winner with the last kick of a brilliant match. 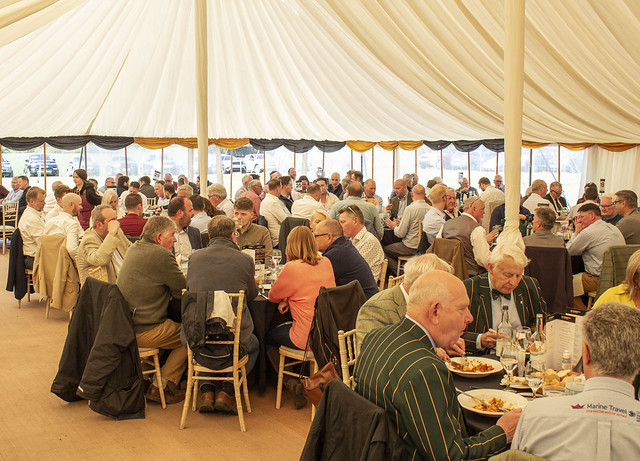