In a terrific climax a penalty try in the last minute of this National 2 South game gave Canterbury a late share of the points after they had squandered a healthy lead.

They opened a 21-point gap in the first nineteen minutes but poor discipline, which cost them three yellow cards, handed Guernsey all the incentive they needed to dominate the second half.
It was the Channel Islander’s own indiscretions, however, that denied them victory as they came under sustained pressure in the dramatic closing minutes.

An impressive driving maul was stopped illegally, and referee Neil Sweeney had no hesitation in awarding the penalty try to Canterbury.

It was all so different in the early stages with Canterbury cruising ahead smoothly with tries from Ben Cooper, half back partner Frank Reynolds and Alex Evans, all converted by Tom Best.

Guernsey got their breath back with a converted try from Anthony Armstrong but despite temporarily losing Frank Morgan to the first of their yellow cards, the city side soon claimed a bonus point with a fourth touchdown when full back Aiden Moss delivered one of his scorching runs.

Guernsey made their extra man count just before half time through Callum Roberts’ try but Canterbury were still sitting in box seat with a fourteen point advantage.

It was a cushion that quickly became deflated in the second half which the home side dominated and as the yellow cards flew, first for Will McColl and then Sam Sterling, the city defences crumbled.

Going into the last quarter Guernsey had forged ahead with tries from Ciaran McGann, Owen Thomas, and Oscar Baird, with Thomas converting them all.

But when Canterbury found themselves in the last chance saloon they kicked down the doors in powerful fashion and it earned them three league points. 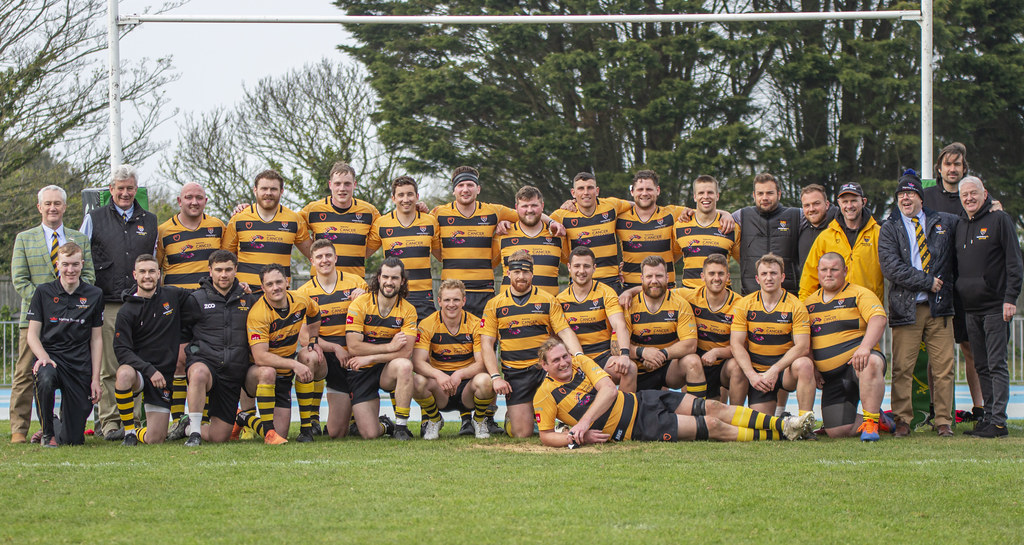