For much of this game Canterbury were the better side but were left with just two Dwayne Corcoran tries and a losing bonus point. Their failure to turn opportunity into points has become a recurring problem and here it surfaced again. Justice may have been done had they converted a last minute penalty but it proved too difficult. In hindsight, the decision to turn down two earlier and easier shots at goal proved costly in a tight contest that was high in commitment but short on quality.

Canterbury’s hunt for tries rather than points from the boot were misplaced and it was the Hawks, who got both their scores from driving mauls, who were better in that area. However, it was a penalty, the quick tapped variety, that saw the city side into the lead after 14 minutes as it paved the way for Corcoran’s first touchdown. Both sides were plagued by handling errors but it was the Henley forwards who eventually nudged them ahead, Canterbury conceded penalties, Hawks drove hard from the lineout, and lock Ben Harrison claimed the try. Cail Cookland’s conversion from the touchline was good but Canterbury survived further damage after Dave Irvine’ yellow card to end the half two points behind. The second forty minutes was a tale of frustration as Canterbury were in control for long periods but when Hawks did find a foothold they made it count. Another organised driving maul was topped off by hooker Tom Emery’s try but the city side rebuilt and their pressure was at last rewarded through good work by the backs. Kyan Braithwaite made space for Corcoran to dive over by the corner flag which left ten minutes to find a winning score. Canterbury came close, but not close enough. 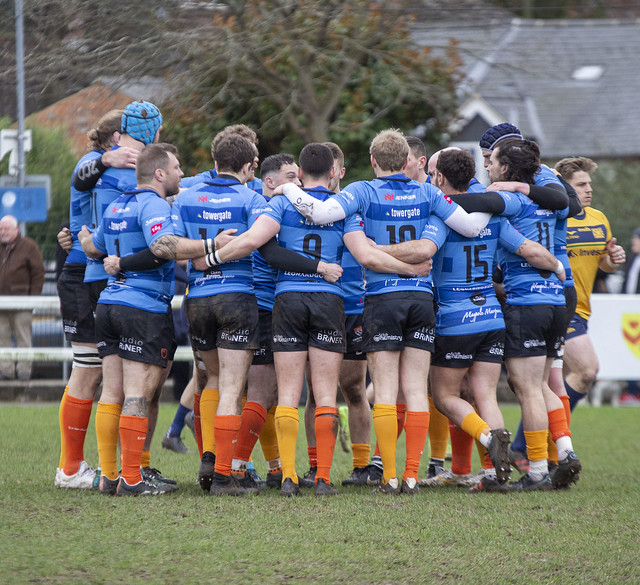