Heading into the last quarter of this entertaining contest the scores were level at 19-19 and it was still anyone’s game. A Worthing side more adept at taking their chances then clinched it with two tries in the space of five minutes with wing Jerome Rudder completing a hat trick. It is fair to say that the final scoreline did not reflect the spirited contribution Canterbury made to the match. Cruelly, they were denied a losing bonus point when their claims for a fourth try in a late attack were turned down. The day did not start promisingly for the city club with several players ruled out of Matt Corker’s squad and the blow of an early Worthing try from wingman Rudder, converted from wide out by Matt McLean. That came after the city side’s stuttering lineout handed over possession and before half time that weakness led to a second Worthing try. However, the flaws did not dent Canterbury’s resilience and the backs came up with a response to the Rudder score when Dwayne Corcoran’s run and chip ahead was chased down by Frank Morgan. A catch and drive finished by prop Ken Dowding gave the hosts a seven point lead at half time but two minutes after the break Canterbury were back on level terms. Scrum half Tom Williams eye for a gap, footwork, and pace did the trick and Kyan Braithwaite converted.

Worthing took the lead again when danger man Rudder was released for his second try, with McLean topping it up, but once again the city club found a positive reply. A driving maul sucked in the home defence before the ball was spread for Corcoran to make the touchdown and Braithwaite’s kick was on target. That was after 61 minutes but Canterbury orchestrated their own downfall in a five minute spell. First McLean countered splendidly after gathering a chipped kick and the backs handled sharply to make Rudder’s day memorable. The decisive blow came when Number Eight Frank Taggart was allowed to brush off two tacklers, put Rhys Morgan clear and leave McLean to add his fourth conversion. If that was demoralising Canterbury didn’t show it as they went in search of a bonus point. Corcoran might have done it but was pulled back for a forward pass before a powerful driving maul took the pack over the line. Hooker Tristan King was convinced he had scored, but the referee wasn’t. lt left the city side hugely disappointed and still in search of a first win in 2022. 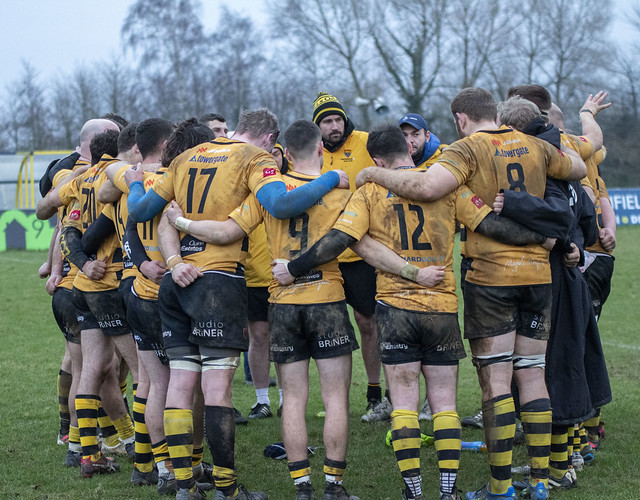